Going “off the grid” is one of the biggest trends of the past decade. Many people seek to go “off grid” to reduce their dependence on the government, corporations, or society.

For some, going off the grid is about pride: they’re proud to be self-sufficient and generate their own energy. For others, it’s about staying sheltered from a volatile, uncertain future. If some catastrophe occurs, you can still produce your own energy and survive.

Today, we’re explaining everything you need to know about going off the grid – including how to use solar panels to go off the grid.

What Does It Mean to Go “Off Grid”?

The “grid” refers to our electricity system. The vast majority of every country’s population is “on grid”. Most homes, businesses, and buildings are connected to the grid. 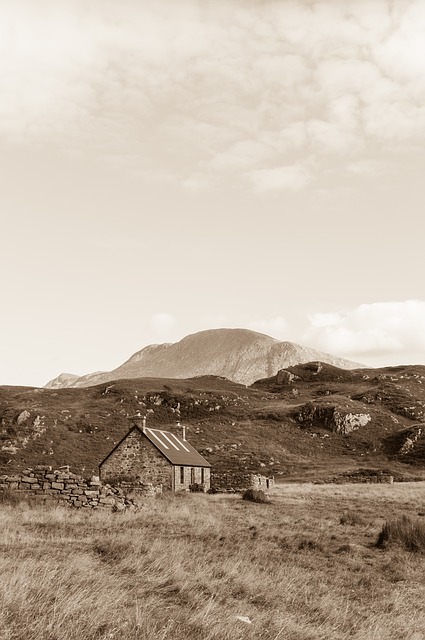 Energy producers – like power plants and hydroelectric dams – provide energy to the grid, while energy consumers – like homeowners, factories, and business owners – buy energy from that grid. In North America, our electrical grid extends across the United States and Canada. It’s all connected.

Most of us don’t think about the grid every day. You receive a bill from your utility company every month. You pay that bill, and continue enjoying energy.

However, a growing number of people want to go off the grid.

Going off the grid means you’re disconnecting yourself from your country’s electricity infrastructure. You’re not connected to other homes, nor are you connected to utility companies in your area. There’s a grid of connected homes and businesses, and you’re “off” that “grid”.

Why Would You Go Off Grid?

Traditionally, most of the world’s population has lived off grid. Homes produced their own energy since the dawn of civilization. People heated their homes with wood or other fuel. They relied on themselves to create their own energy.

Once electricity became common in the 1800s, however, the average person could not produce their own energy. It’s impractical for every home and business to have their own power plant or generator. Countries and corporations invested in power plants, hydroelectric dams, power lines, and other energy-generating infrastructure. This created “the grid”.

Today, people seek to go “off grid” for a variety of reasons, including:

Obviously, there are plenty of benefits to going off grid. Going off grid may also make sense for those who live far away from the nearest corner of the grid – like in a remote rural area. For rural areas, adding power lines to connect to the grid can cost between $15,000 and $50,000 per mile, which makes off grid energy production a cheaper option.

Can I Go Off Grid With Solar Panels?

Technically, you can go off grid with any energy source. Some people have created their own miniature hydroelectric dams to go off grid, for example. Others operate wind turbines, and some rely on geothermal energy.

Going off grid with solar panels is easier than many people think. The only “drawback” is that you’ll need to spend a lot of money upfront. Solar panels aren’t cheap. However, over a long time period, you’ll spend less on solar panels and maintenance than you would on utilities – plus, you’ll enjoy the benefits listed above.

Is It Practical to Go Off Grid with Solar Panels?

Going off grid with solar panels is practical and achievable if you have a low household energy usage (say, around 5 to 15 kilowatt hours per day). If your household uses more than that (it probably does), then you’re going to need an enormous solar array, or you’re going to have to give up some electricity-related comforts.

Nevertheless, going off grid with solar panels can be surprisingly affordable in certain areas – say, if you live in an environment that doesn’t get too warm or too cold (in which case you don’t need heating or air conditioning), or if you don’t rely on an excessive amount of electricity in your daily life.

When people talk about going “off grid”, we often think of remote cabins in the wilderness. In reality, you can go off grid even when you’re in the middle of a big city (just stop paying your utility bills, and your energy company will kick you off the grid very quickly).

Solar panels are an easy and effective way to go off grid. With enough solar panels, you can become completely energy independent.