You’re thinking about installing solar panels on your home, and for good reason; they significantly reduce your energy consumption, which isn’t only good for the planet – it’s good for your pocket. However, as you’re shopping around, you suddenly realize that choosing the right solar panels for your home is a bit more complex than you initially thought. That’s because there are different types of solar panels, and each one has pros and cons.

Two of the most commonly used solar panels are monocrystalline and polycrystalline. Both are comprised of crystalline silicone. So what’s the difference between them and which one is better? Below, we’ll give you an overview of each type of solar panel and discuss their pros and cons so you can decide which one is the right choice for your home. 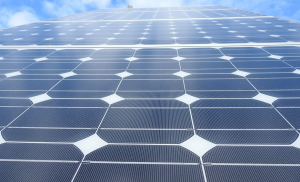 Monocrystaline solar panels (often simply referred to as “mono” or single-crystaline) are made of a single crystal silicone structure. This type of solar panel have a uniform look and an even coloring, which is indicative of the high quality of silicone that is used to create these panels.

These panels are made of silicon ingots, which have a cylindrical shape. In order to maximize their performance and reduce their cost, four pieces are removed from the cylindrical ingots to create wafers, which is what creates the trademark look of these solar panels.

Polycrystalline (often referred to simply as “poly” or multi-crystalline) solar panels are a newer type of technology than monocrystalline solar panels. While they are also made of high quality silicone, the process in which they are made is different than mono panels.

Unlike mono panels, poly solar panels are not cut to create a cylindrical shape; rather, melted silicone is poured into a square-shaped mold. Once it’s placed into the mold, the silicone is cooled and then cut into squares, giving them their characteristic edges.

While it was once believed that polycrystalline solar panels were an inferior technology to monocrystalline panels, this is no longer the case. In fact, they are now more commonly used than mono panels for residential applications. That’s because they are more cost-effective and the technologies that are used to make them continues to improve their efficiency.

So, which type of solar panel is better, monocrystalline or polycrystalline? – Many people would say that mono panels are the better option, as they are made of higher quality silicone, are more efficient, and require less space; however, the differences between these two types of solar panels really are slight.

Which should you choose? – That depends on your specific needs. Speak to a reputable solar panel company to determine whether monocrystalline or polycrystalline solar panels are the right option for you. Whichever you choose, you can rest assured that you will still see a significant reduction in your energy consumption.